Each year the American Society of Architectural Illustrators invites professional and student illustrators from around the globe to take part in the Architecture in Perspective competition. This international juried competition recognizes the world’s best architectural illustrations. Submitted artworks may be created in any 2D medium including drawings, paintings, renderings, and digital imagery.

The theme this year is Cause & Effect.

The competition’s top award — the Hugh Ferriss Memorial Prize — is considered one of the highest professional honors for an architectural illustrator.

Selected artists will be announced on the website BUT you’ll have to wait until the conference to see who the top winners are so be sure to stay tuned for information regarding the conference.

All award-winning entries and honorable mentions will be published online and in a commemorative Architecture in Perspective catalog.

The Architecture in Perspective 37 professional competition is open to current 2022 professional and student members of the American Society of Architectural Illustrators. ASAI is an international nonprofit organization open to anyone engaged in the serious pursuit of architectural illustration.

To become a member, or to renew your membership, please visit www.asai.org/join.

A separate competition is held for Students.

The Informal category of the professional competition includes sketches and informal drawings, paintings and digital imagery of unbuilt and imaginary architectural works.

ASAI would like to invite all professional and student illustrators and designers to dream big about the future and translate your ideas for a “Cause & Effect” into a single visual.

Read more about the thematic portion of the competition.

The jury selects the finest architectural illustrations from a wide range of media, rendering styles and architectural subject matter for the exhibition and inclusion in the catalog.

For the professional illustration unanimously selected by the jury as the Best in Show.

For the most outstanding formal illustration.

For the most outstanding informal illustration or sketch.

For the most outstanding observational illustration or sketch.

For the most outstanding architectural illustration as voted by ASAI members.

For the most outstanding illustrations as selected by each of the three professional competition jury members.

Outstanding entries selected for exhibition and inclusion in the catalog will receive an Award of Excellence certificate.

The student competition is open to non-professional students, and includes formal and informal renderings, drawings, sketches, paintings and digital imagery of unbuilt and imaginary architectural works.

For the most outstanding student illustration.

For the most outstanding illustrations as selected by each of the three student competition jury members.

For illustrations as selected to be included in the exhibition and catalog. 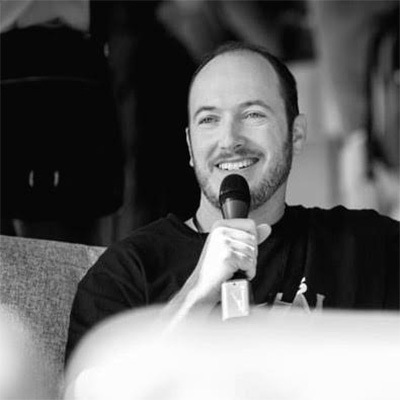 With over 20 years of professional experience as a 3d visualization artist in the Architectural Visualization Industry, Ronen has managed The Craft since 2015, crafting still images, animation, and VR experiences for clients worldwide. After serving seven years in as an officer in the Israeli Navy, Ronen worked for three years as a 3d design specialist at the leading Israeli firm Chyutin Architects, alongside his architecture studies at Tel Aviv University. In 2005, Ronen founded Polytown Media and has focused on the process of visualizing architecture ever since. In 2009, Ronen founded the popular ArchVIZ Blog at ronenbekerman.com and had been running it since, providing a place for the ArchVIZ community to share, learn, grow, and participate in challenges such as this one. Ronen is also a member of the SOA advisory board and the Jury for the Architizer A+ Awards. 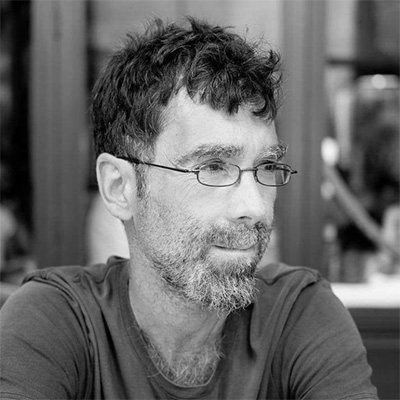 Urban form, in all its versatility, represents the explorational core of this Catalan-born (1976) and Barcelona-based architect and visual artist.
In his childhood years, Enrich manifested a great devotion to the urban form, a passion
that evolved into his actual practice.
Many have been the references that have influenced Enrich’s practice throughout the
years but especially the history of urban shape, the American city, and its antagonism
against its European counterpart. While most of Enrich’s body of work is based on
research focused on expanding the relationship of a specific building with its nearby
surroundings, it seems clear that this approach is made in use and abuse of a certain
naiveté, in an attempt to put aside hyper-conceptualization with the aid of extreme 3D
technicalities.
Enrich begins his artistic practice in the city of Riga, in 2006, but it is in Tel Avivl, a few years later, where his works acquire particular recognition and resonance worldwide. To this date, Enrich combines his work as an architect with artistic research that has set foot in oil painting mixed with AI, algorithms, and other sorts of creative processes through code development. 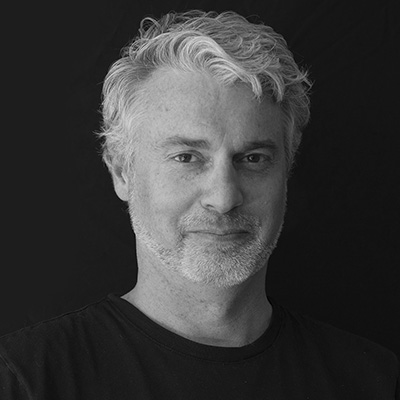 I have 30 years of experience as a director/producer of Films, TV and Feature Film Visual Effects, Immersive Experiences, and Archviz on more than 2500 projects in 40 countries, having started my career in architectural design and DJing. I moved to the UK from New Zealand in 1992, following my interest in dance music and VJ graphics and became an early adopter of architectural visualisation, starting my own studio, Glowfrog, in 1995 – the fifth archviz business in the UK.
My passion is filmmaking and the development of technology to do more complex work with smaller teams. I believe real-time workflows are key to future-proofing visual storytelling through captivating and immersive images. I am also a mentor, publisher, and event organiser, and creative community leader – awarded the ‘Autodesk Excellence Award 2020 for Design Visualisation Community Leader’. 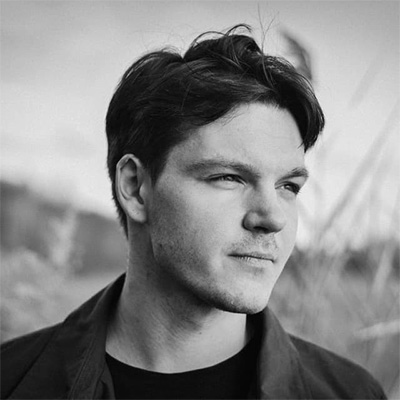 Taras is the founder and Director of RENDER.BAR, RENDER.MEETS, former co-founder of Submarina Studio & Submarina Academy; 3December Producer/Co-Founder, architect and artist, a visionary and entrepreneur.
Taras studied architecture in Lviv, Ukraine, but quickly discovered a passion for illustrating architecture rather than designing it. After a couple of years of traveling in Europe, he started his career when he co-founded Submarina Studio back in 2014. It worked with well-recognized clients: Zaha Hadid, Mandaworks, Utopia, Schauman&Nortgren Architects, OAOA, and many others. The studio merged with DBOX in 2021. Taras kicks off new businesses: a restaurant in Lviv and a production studio RENDER.BAR. At the same time, he obtains an MBA in LvBS, which proves useful in running 2 businesses during the COVID-19 pandemic.
RENDER.BAR employs 14 people who create CGI, films, and virtual reality tours. It launched as a production partner of big Ukrainian real estate companies such as DIM Group and Lion Hills and was well-switched to European and US markets after Russia’s invasion of Ukraine started. The studio is located in Lviv and keeps working with such clients as BIG, Henning Larsen, Circle West Architects, and others. 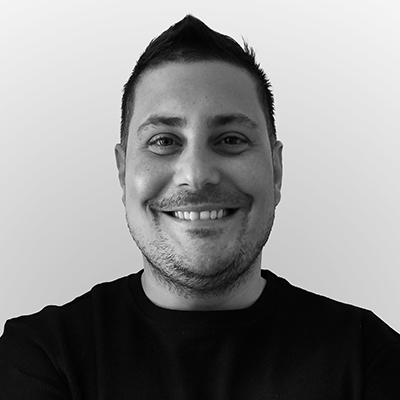 Fabio Palvelli is a design consultant who has worked in the field of ArchViz and digital design for around 15 years.

He is the co-founder of The D2Conference in Vienna, an event designed for people who are passionate about digital design.

Fabio is also a content creator and host of different internet shows about digital design and business. 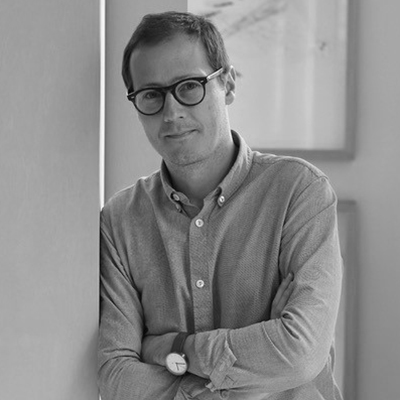 After obtaining his Master of Architecture degree at Carleton University in Ottawa, Canada, Michael spent the following decade in London, England, completing his professional degree at The Bartlett, UCL, and working as a Project Architect for the award-winning firm Haworth Tompkins before cofounding his own firm, SUPRBLK Studio in 2018.
SUPRBLK Studio is a collaborative practice that engages architecture, education, and research to create imaginative designs that are highly responsive to their context. Michael is particularly interested in the inbetween, playful, leftover spaces and historical scars found in urban environments, and in accidental material ‘collisions’. The work embraces chance and quirky found conditions through various techniques of layering as seen in projects like ‘The Biscuit Factory,’ which was shortlisted for the Dezeen Awards in 2019 or ‘The Chapel,’ which was featured in Detail Magazine in February 2022.
Michael takes these themes into his research and teaching as Assistant Professor in the School of Architecture at Dalhousie University (Halifax, Canada), where he instructs Design and Representation.

Individual and Corporate memberships include 1 entry into the competition. Additional entries up to a maximum of 10 entries are available at a discounted rate for members.

The entry fee for students is free up to a maximum of 5 entries. Students MUST currently be enrolled in school and provide a current Student ID card at the time of entry.