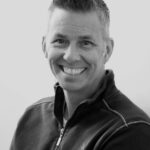 Dennis Allain AIA is an architect/illustrator who has been practicing architecture and authoring impressive imagery for over 30 years. Amongst the vast international talent in the field of architectural visualization, Allain’s work has received global critical acclaim from around the world. Balancing the use of digital painting tools of the 21st Century with a sensibility that is profoundly rooted in the traditional, his works harness the unlimited power of digital media tempered with the softness of an artist’s brush. Notable works include: as Mother and Child (First Place Formal category 2018), and the critically acclaimed painting The Arthur V. McCarthy Memorial (Hugh Ferris winner 2006) earning him an international reputation as an innovative leader in the world of architectural design and illustration.

Mr. Allain's illustrations have graced the pages of into dozens of national and international publications. For example, his design work for Disney's 42nd Street retail store was published in Time magazine.  Avant-garde imagery conceived by Allain has also been featured in numerous publications including: 3DWorld, Computer Arts, Spectrum, Expose 1+2, and Architectural Record. His surrealist image Scoob graced the cover of Design magazine (an international graphics publication). Additional examples of his work can be seen in: Digital Art Masters: vol6 (2011), 3dArtist magazine (Jan 2010), and in the book 'Architectural Rendering' by DOM publishing, (Dec 2009).

Allain was born in Salem, Massachusetts in 1967 and grew up in the small town of Danvers, 20 miles north of Boston. Mr. Allain went on to attend Wentworth Institute of Technology. By 1990, he had successfully earned both his Associate degree in Engineering, and a Bachelor degree in Architecture. By the end of that same year, Allain continued his studies at the Societe Dante Alligeri in Venice, Italy. Upon his return home, Allain had found employment with several Boston-based architectural and Interior design firms, most notable with Elkus Manfredi Architects from 1995 through 2005. Mr. Allain has been a registered architect in the Commonwealth of Massachusetts since 2000.

Art, architecture, and design have always been an integral part of his personal and professional life. Allain’s Boston-based design studio was founded in 2004. He continues to provide visionary illustrations combining his love of storytelling with an artistic sensibility that is infused with the artistic lessons of the past.